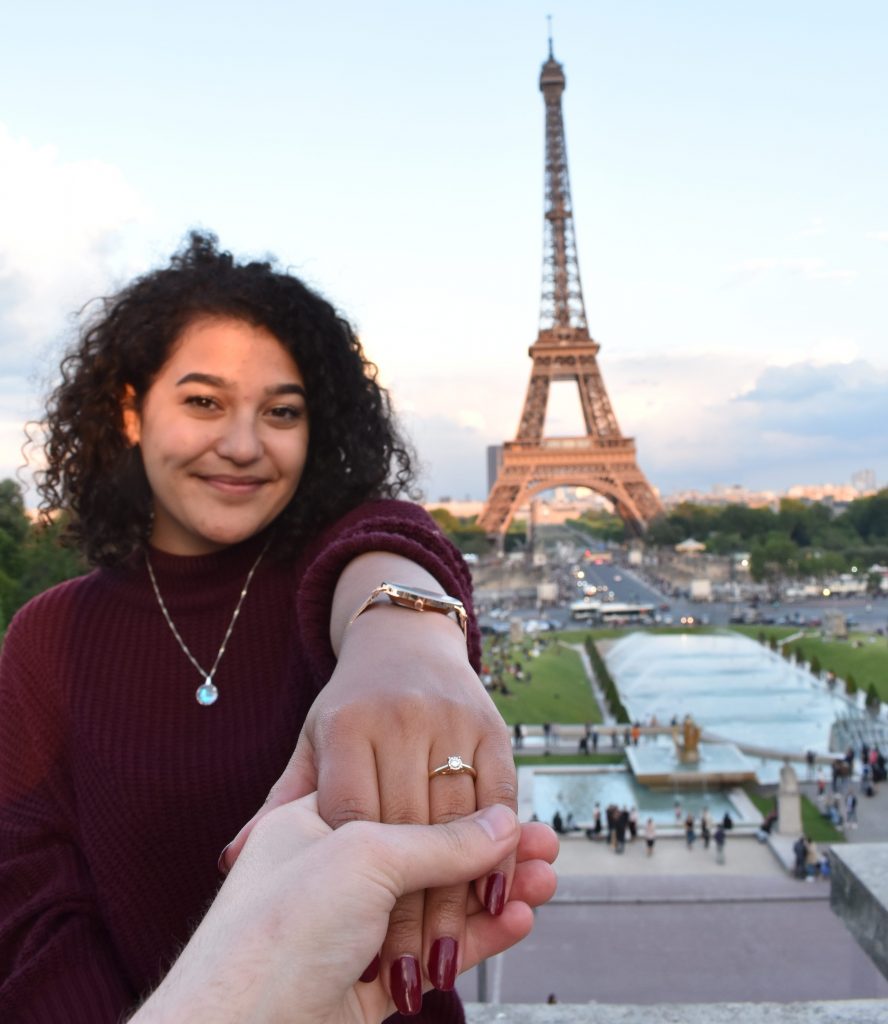 I had everything set; the one-day-trip to Paris was booked, I purchased skip-the-line tickets for the Eiffel tower, I had multiple possible locations near the Eiffel tower where I could ‘pop the question’ and I had the most beautiful ring I could wish for.

It was one day before our trip to Paris, we would leave at 00:40AM. It was late in the afternoon, I was at work when I received a message from my girlfriend: “I forgot to tell you that I was invited to a wedding tonight.”

My heart sunk, I had not told her anything about our trip to Paris, I wanted to keep it a surprise for as long as I could.

I stood up, “You’ll never guess what she just told me.”—I said to my colleagues who were all in on the proposal plan—“She has a wedding tonight.”

“No…” my colleagues gasped in unbelief.

The following hour I tried to convince her over the phone that she should not go to the wedding. From ‘I miss you and I just want to spend time with you.’ to ‘But that’s so far away, how will you get back?’ I promised her we were going to have a great time together, after which she agreed to stay. Now I faced another problem, we were leaving after midnight, and I had no idea what to do in the meantime. 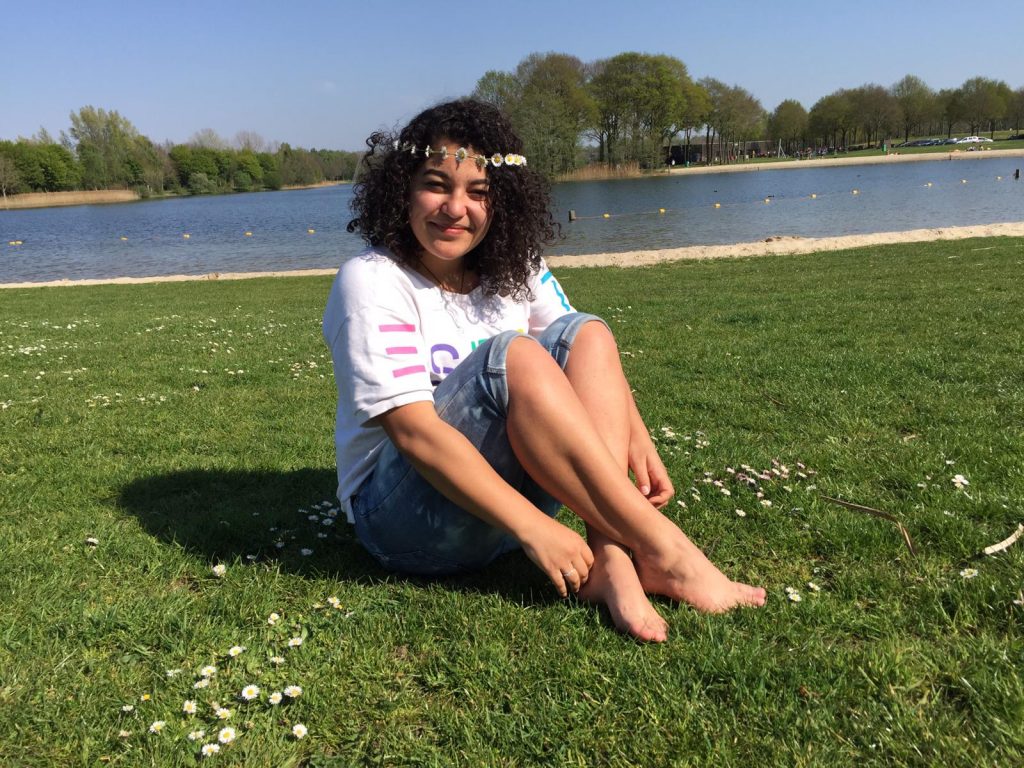 After work, I decided to take her to the lake where we spent the whole evening. I could tell she was sad and would’ve rather gone to the wedding. I couldn’t help but tell her I had a surprise planned so she would cheer up.

When it got dark, we headed home. I told her to wait for me in the living room. I closed the hallway door and started packing my stuff.

After a couple of minutes I was done, and with one big shopper grocery bag in my hand, and a backpack on my back, I told her I was ready.

She glanced over at the big shopper, which had a tripod sticking out, then gave me a confused look.

I brought her home and told her to wait outside. It was now 11:15PM, and I was trying to pack her essentials, which proved to be more difficult than I had anticipated. I had initially planned to surprise her at the bus stop, but I feared I might forget to pack something, and figured it would be best if she packed her own stuff.

I went into the hallway where she was waiting, she still had no idea what could possibly be the reason she could not go to the wedding, and thought she had just wasted an entire evening for nothing.

I explained that whatever I was doing in her room didn’t work, and I needed her help. Then I added: “We’re going to Paris.”

My heart raced, tears of excitement filled my eyes, I thought Nellen was going to be stoked. But instead, her facial expression did not change and she did not answer. She just stood there, blinking at me for three seconds, before she finally broke the silence with: “Okay?”

That was one answer I did not expect.

"That was one answer I did not expect."

The surprise was so unexpected for her that she immediately entered a chaotic and stressed state, she was trying to wrap her head around it all, but she simply didn’t know what to expect, since the farthest from The Netherlands she had ever been was Belgium.

As stressed as she was, she did her best to think about what she would need and laid it all out before putting it in her backpack. After a couple of minutes she asked me: “When will we get picked up?”

“Oooh…” She answered relieved, she was no longer stressed and chaotic, as it meant she had another hour—it was 11:30PM at the time. 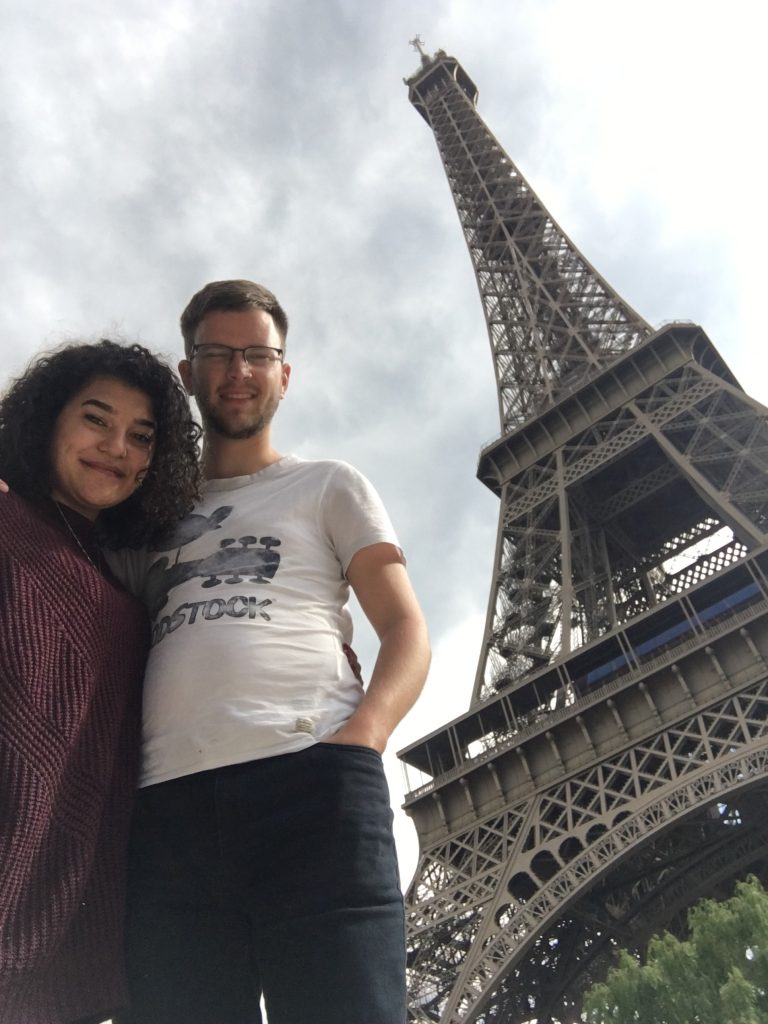 We started talking about the trip, and the more we spoke about it the more excited she got. Eventually she had packed everything, and we cycled to the bus station where we would be picked up. We waited there for a little while until a bus showed up.

We boarded the bus and headed towards the back where we picked our seats. Once we settled in, we tried to get some rest.

Our trip to Paris had multiple stops to pick up more guests. Every time the bus stopped, we woke up and made room for more guests. At the last pickup location my worst fear became reality, five drunk, middle-aged women boarded the bus, and the only remaining free seats were right next to us. From the very start they were obnoxious and loud, after an hour I finally asked them to be quiet. But they didn’t want to stop and told me they’d whisper from that point forward.

After a long bus trip, we finally arrived in Paris.

We arrived at the first location, and I had never seen so many Asians in my life. Clearly this was not the spot, I needed somewhere more private.

“There’s a park over here, let’s go this way.” I suggested.

The park was peaceful and quiet, children were playing over yonder on the playground and a woman was walking her dog. There was a beautiful garden with flowers, and over the tree canopy you could see the Eiffel Tower rising high above the park.

This was the spot.

"This was the spot."

“There was actually a reason I wanted to take you to Paris with me.” I began.

“Do you remember what I told you a couple of weeks back?” I continued. “I had posted an excerpt from my book in a Facebook group for authors, and a publisher saw it, and he really liked what I had written. So he asked me to send him one of my short stories, which he liked so much that he wanted to publish them in a collection.”

“Yes, the best part is that it’s already published and I have the book with me.” I grabbed the book from my backpack and showed it to her.

When she saw the book, she immediately laughed, she could not believe her eyes.

“You bastard!” she said.

While I did post a small excerpt from my book in the group, nobody liked it or contacted me. I was actually the one who contacted a publisher, only to fabricate messages so I would have proof I was speaking the truth if I ever needed it.

In actuality, the book was something much different than a bundle of short stories from numerous authors.

It was actually a project I had secretly been working on for over six months. I had asked people from all over the world to write: “In (their city, their country) we heard that Joël loves Nellen.” on a piece of paper, and then to photograph it for me. That book was a collage of photographs I had collected with my project.

I was so nervous. I knew she was going to say yes when I finally popped the question, but my heart was beating so fast. I couldn’t think clearly. Then it dawned on me that I had misplaced the engagement ring, I quickly and as secretly as I possibly could, fetched it from my backpack and then continued browsing the book with her. I told her about my countless experiences doing this project for her and shared stories of people who had submitted photographs.

The back cover was submitted by someone who went through extra lengths, it said: “P.S. to Nellen, MARRY HIM.” I originally planned to show her the picture and then propose, but right as we finished the book, the same woman I mentioned earlier passed with her dog.

I hugged Nellen, who was crying tears of joy. I could tell she absolutely loved the book, which made me happy beyond words can describe. My heart was beating so fast, I knew she could feel it.

I got down on one knee. 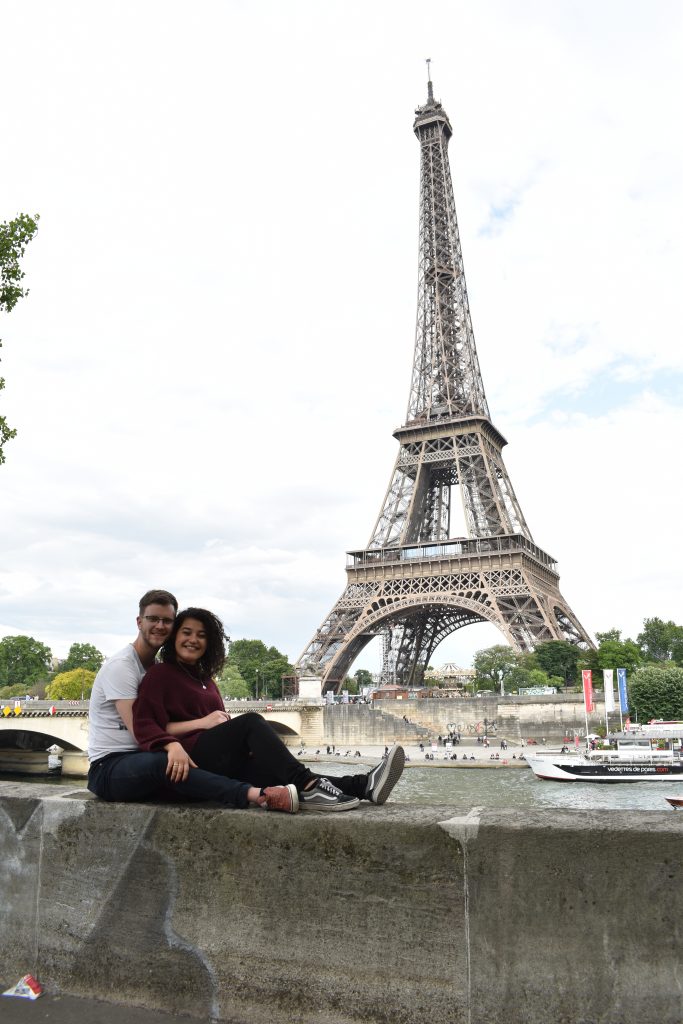