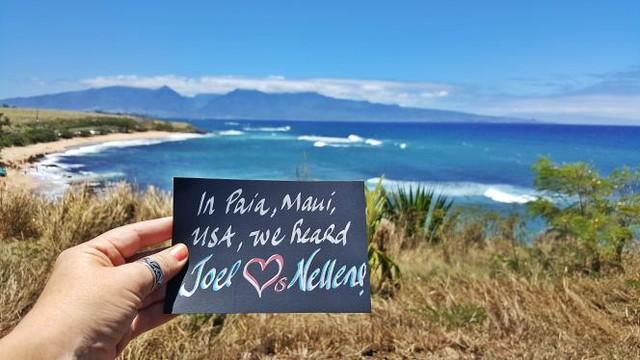 It was seven months before my proposal, Nellen and I had broken up. I hoped—and somewhere deep inside I knew—it would be a temporary breakup. We had simply gotten too much resistance from people who did not agree with our relationship, and we had grown tired of it. But I didn’t want to give up—and despite the break-up—I started a project that would take me a while to complete.

I liked giving Nellen self-made gifts. One time I gave her 100 messages in a jar and told her she could open one every day—each message declared how much I loved her.

Another time I made the island Biak—where her grandfather was from—from wood, nails and yarn.

This time I wanted to do something more challenging. 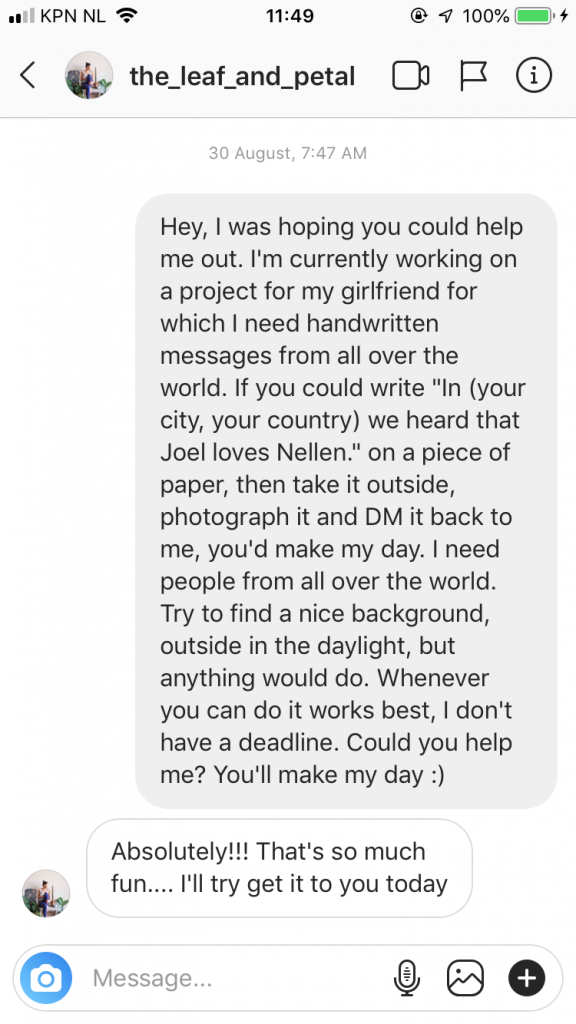 But I made one crucial mistake, I should have blocked everyone we knew on that Instagram profile. It didn’t take long for her brother to find out about my plan, and instead of confronting me about it, he sent screenshots to Nellen.

When Nellen asked me about it, I was furious at her brother. I no longer wanted to do this project—which I made very clear. But I decided not to delete the account, but instead blocked everyone we both knew and just left it running.

Nellen believed I had neglected the project, but every once in awhile she asked me to continue anyways because she thought it was very sweet. But I told her I wouldn’t do the project every time she brought it up. I wanted it to come as a surprise.

The following seven months I collected over 900 images from 166 countries. I had translated my message in Spanish, French and Portuguese and tried my best to collect pictures from as many countries as I possibly could.

With the project being near completion, it was time for me to buy an engagement ring. I began researching diamonds as a preparation, because I wanted to buy the perfect engagement ring. I joined several Facebook groups for diamond dealers and I watched YouTube explanations on how to grade diamonds. It didn’t take long before I found out I had a very expensive taste.

On the 9th of May, I went to a jeweler and after browsing the internet for hours, I found the perfect ring in seconds. It had a large diamond and a beautifully designed “head” which held the diamond in place. The ring was a whole—it was not a ring with an itsy bitsy teeny weeny diamond, neither was the diamond so large you couldn’t see it was actually part of a ring. In short; it was a ring I could say “yes” to. 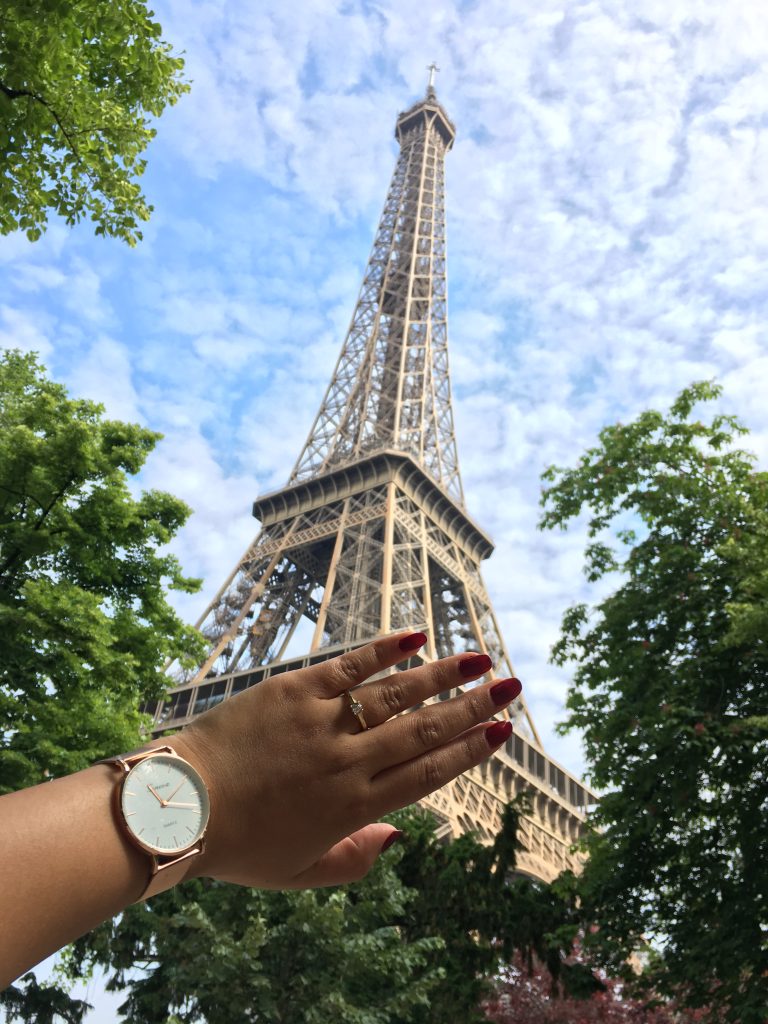 Now that I had the ring, and the project was finished, my plan was to collect the pictures and add the best pictures to a picture collage book. I wanted to surprise Nellen by telling her my book was published, and then pop out this book instead. Then after browsing the book, I wanted to drop to one knee to propose.

But there was only one thing missing; the location.

One day, while I was at work, I was brainstorming several locations and transportation possibilities with my colleagues—who were all in on the proposal. I thought about going to the pier in Scheveningen, when one of my colleagues asked: “Why don’t you take her on a day trip to Paris?”

‘Of course!’ I thought. ‘What better place to propose than the city of romance?’

Before long, I had everything set; the one-day-trip to Paris was booked, I purchased skip-the-line tickets for the Eiffel tower, I had multiple possible locations near the Eiffel tower where I could ‘pop the question’ and I had the most beautiful ring I could wish for.

Continue reading part 2: How I ‘popped the question’ to my fiancée. 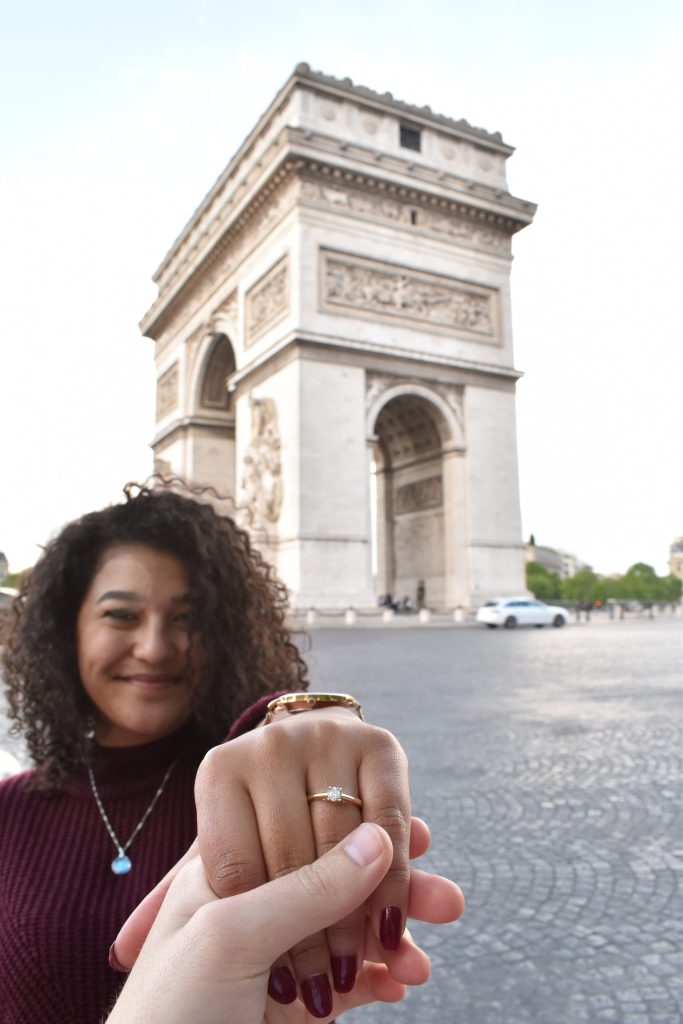