Foreword by Joël Crosby: I grew up having a sick dad and I was convinced he was going to die. I never actually told him this, but the prayer I prayed most was: “God, please heal my dad, and if for some reason you won’t or can’t, make me sick instead of him.”

I never could have imagined my father would regain his health. Read his story:

When I was 5, in 1961, I got the mumps. When I went to the doctor, he found out I also had spinal meningitis. My Dad was in the Navy in the Philippines then. They flew him to California because I was expected to die. My fever would have killed an adult, and one day the doctors told my parents that I would die in the night, but I survived.

By the time I was 21, I had stopped being a pacifist and joined the army. At that time, we were given inoculations using an airgun. Vaccines were shot into our arms under high pressure. If you tensed up while getting the inoculation, the gun would sometimes skid and leave a bleeding cut. Because there were no needles, the air guns weren’t cleaned after each use. Later, it turned out that military personnel who were in service during this time period had the highest statistical incidence of hepatitis C. 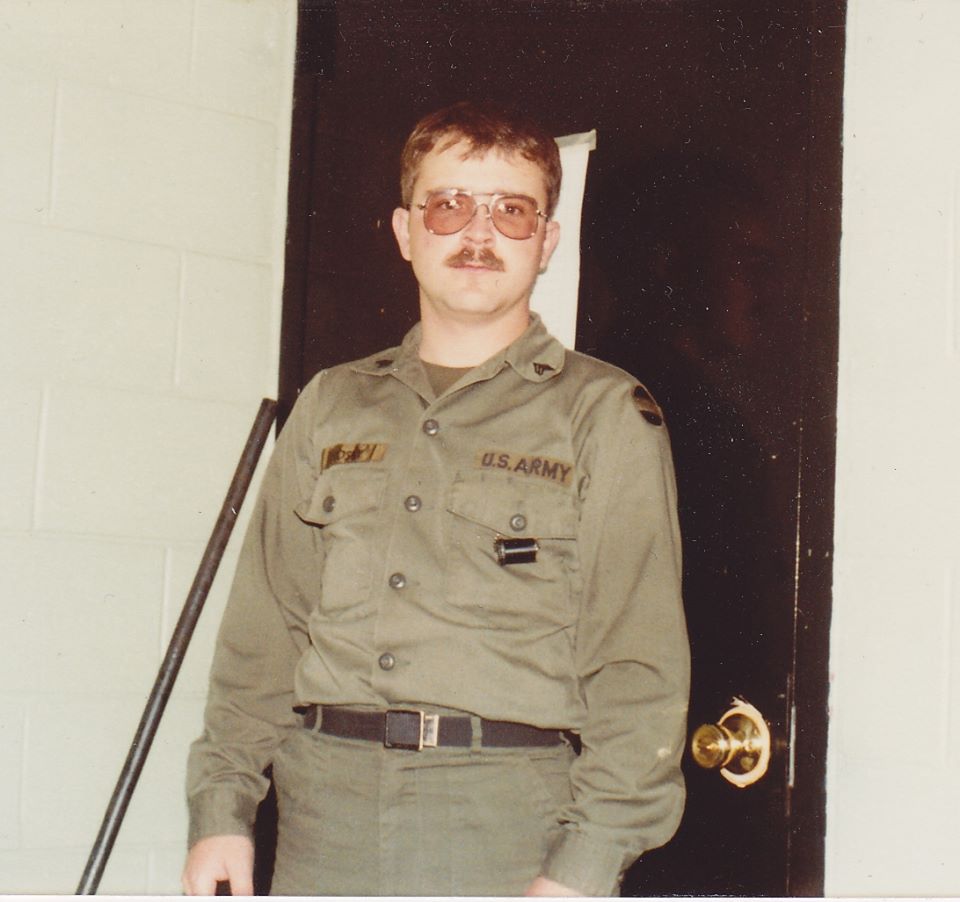 In 1992, after returning from the Gulf War, I was diagnosed with the virus. But I didn’t have any clear symptoms. In 1997, after moving to the Netherlands, I got what I thought was a bad case of the flu – 4 times. In 1999 I had my first treatments with interferon and Ribavirin to get rid of the virus. As a side effect, my thyroid quit working. Within a few months, the virus appeared to be out of my blood.

But in 2000, it was back. I was scheduled for a second round of treatments in 2001. In the first month, I was hospitalised with chemically induced pneumonia, but I pushed through until I finished the treatments. In December 2002 I found out the virus was back again. After the second round of treatments, I was experiencing pain in my joints and my feet. I also developed a condition where sound distorted in a painful way, especially loud sounds. At first I was prescribed codeine for the pain. Interferon is terrible. It’s like having a fever – for a whole year. I told myself after that second treatment that I would never do another one. The list of side effects is long, and suicide and murder are actually listed as possible side effects. It’s unimaginable. But by the end of 2007, I was having problems with wounds opening up on my feet and not healing. By the end of 2008, the achilles tendon of my right foot was visible and I was admitted to the hospital to have it operated on. They ended up removing half the achilles tendon because it was necrotic. 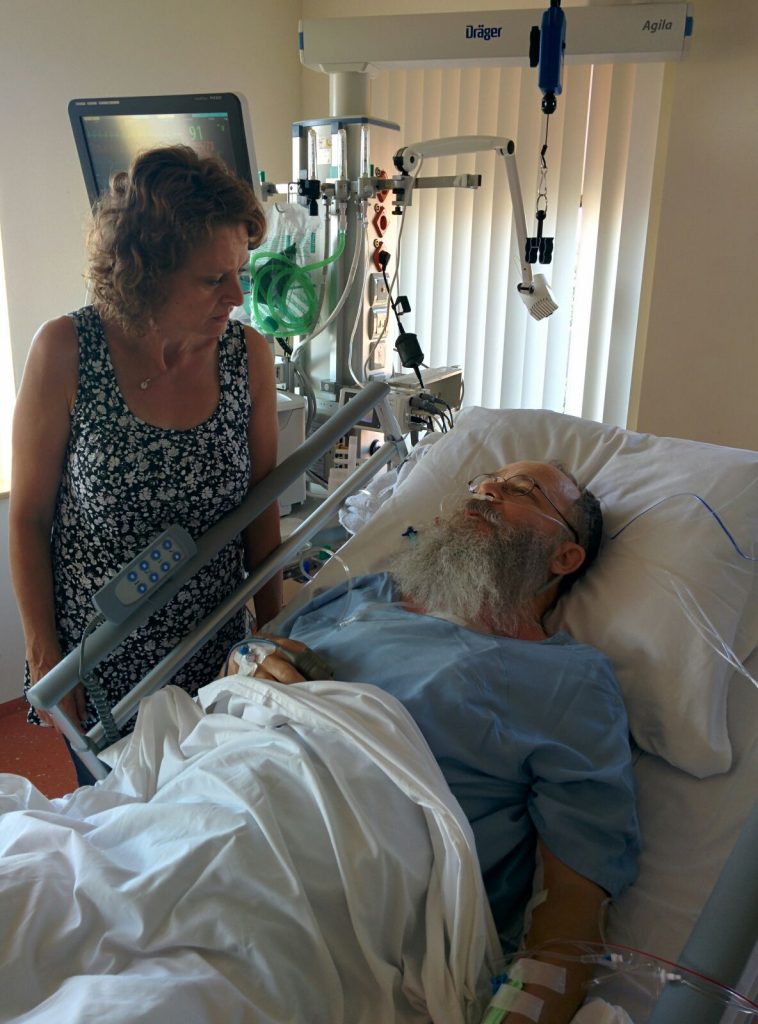 Ultimately, I had 7 surgeries on that leg and 2 resistant bacterial infections that ate up one of my calf muscles. I also spent 2-1/2 years on interferon (because of a possible connection between the open wounds and the hepatitis). Later I went on Ribavirin again and also a new antiviral. I spent 4 years in a wheelchair, mostly shut in. I was now on morphine, methadone, oxynorm, oxycontin, Lyrica and Fentanyl – at the same time. My medication list was 3 pages long. I slept 17 hours a day. My leg stunk because it was rotting away. I even had to have carpal tunnel surgery in both hands because I leaned too heavy when I tried walking with crutches. Finally, in march 2013, I was able to quit the hepatitis treatments. However, in January 2013 I started having extreme pain attacks in my abdomen daily. It was the worst pain I’d ever felt (the hospital had already designated me an ‘experienced based’ pain expert, so that’s saying something). Every day I would scream and cry for 3 hours. I couldn’t hold it in. So after my hepatitis treatment was over, I was operated on for intestinal cancer. They removed all the cancer in one operation. Then I started phased withdrawal. I don’t take any pain killers currently.
I was hospitalised 18 times and had 12 surgeries in 8 years, including a triple bypass and a joint replacement.

In all this, I knew God was with me. I couldn’t think straight from the pain and the medicine, but I knew God was aware of my situation. I knew people were praying for me too. I believed in miraculous healing, but there I was pumped full of drugs. My wife arranged all kinds of things during this time. I wasn’t coherent or cooperative, but she made sure things happened. Still, she was worried a few times at how bad my condition was.

Now, my doctors are amazed. No one can understand how I’ve improved so much. I’ve ridden over 25,000 kilometres on my bicycle since 2014 (more than halfway around the world – and it’s not electric!) I have plenty of scars and some absolutely horrible pictures. I went through things I’d much rather have read about than experienced. Worse than all the medical procedures was the betrayal and treachery of pastors I had looked up to before this began, but God carried me through when I thought I would lose my mind.

But God carried me through when I thought I would lose my mind. God doesn’t always take you out of things, but He takes you through. 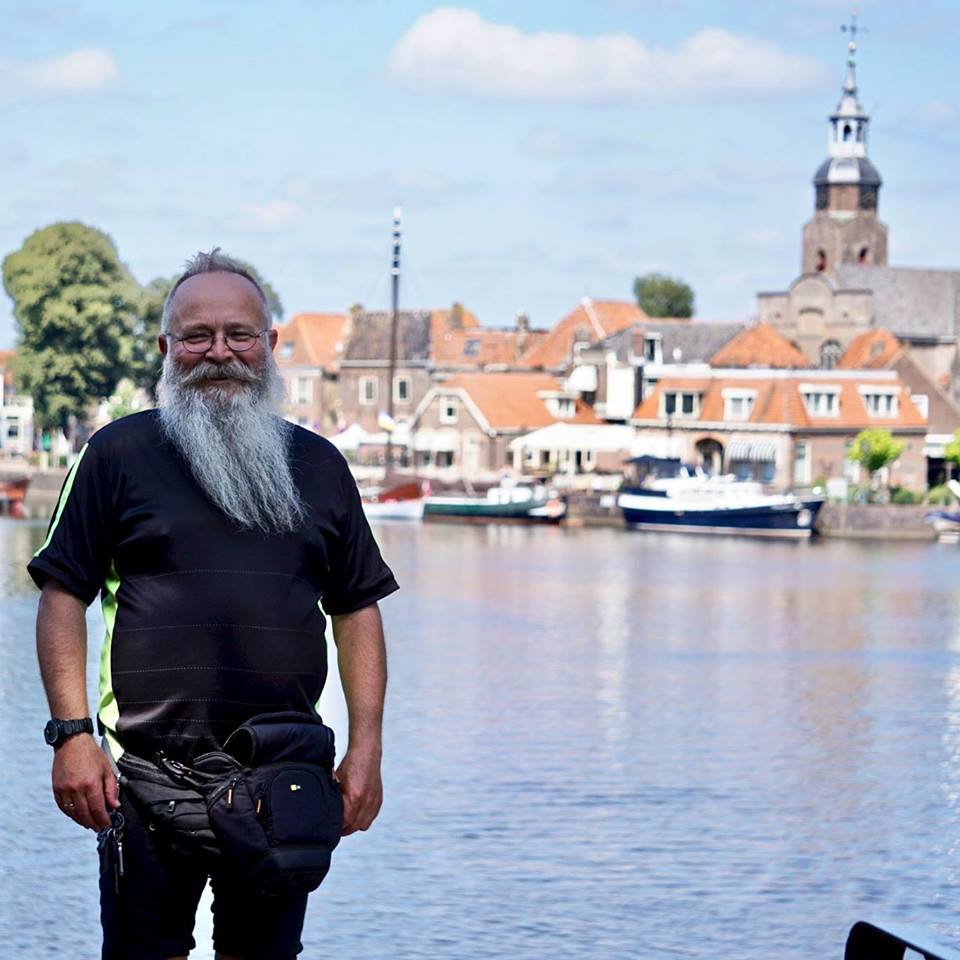